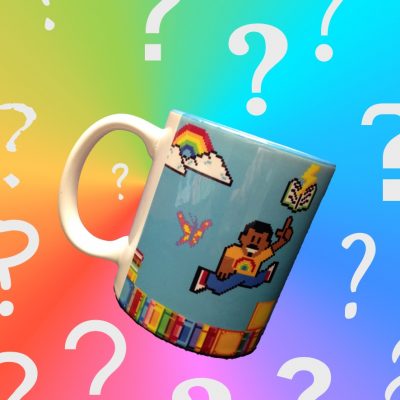 It’s time for another  round of  Q&A. This time we’re going to explore noticeable differences between decaf and regular coffees, including its effect on the libido, as well as a little journey into the Italian language. Sit back, relax and enjoy.

Having been asked this many times in my coffee career, I can honestly say that this is an age old question. Not being equipped to answer this myself I turned to multi-lingual Italian nerd Ozzie Mendoza to get a solid answer to the quandary that riddles the minds of us all-

“Being the closest relative to Latin, Italian still has remnants of the language in the form of neuter, or gender-less, nouns and suffixes; this specific instance being a case of the latter.

“Ista,” signifies “someone who performs the work of,” which is attached to the preceding noun, in this case the bar. Barista therefore means a male or female bar worker. Strangely enough, however, the plural for barista ends in the male form “-isti.” This includes every other “-ista” word. “
Just as there are exceptions to every rule in English, there are a few exceptions like this in every language. Ozzie also mentioned that there were a few more, only around 10, that slipped through the lingual cracks of history such as ‘Dentista”, or ‘someone who performs the work of teeth”.

Is there a difference between caffeinated and decaffeinated coffee by sight or scent?

In roasted form it is difficult to see a difference at first glance. However, in green form it’s definitely more evident. 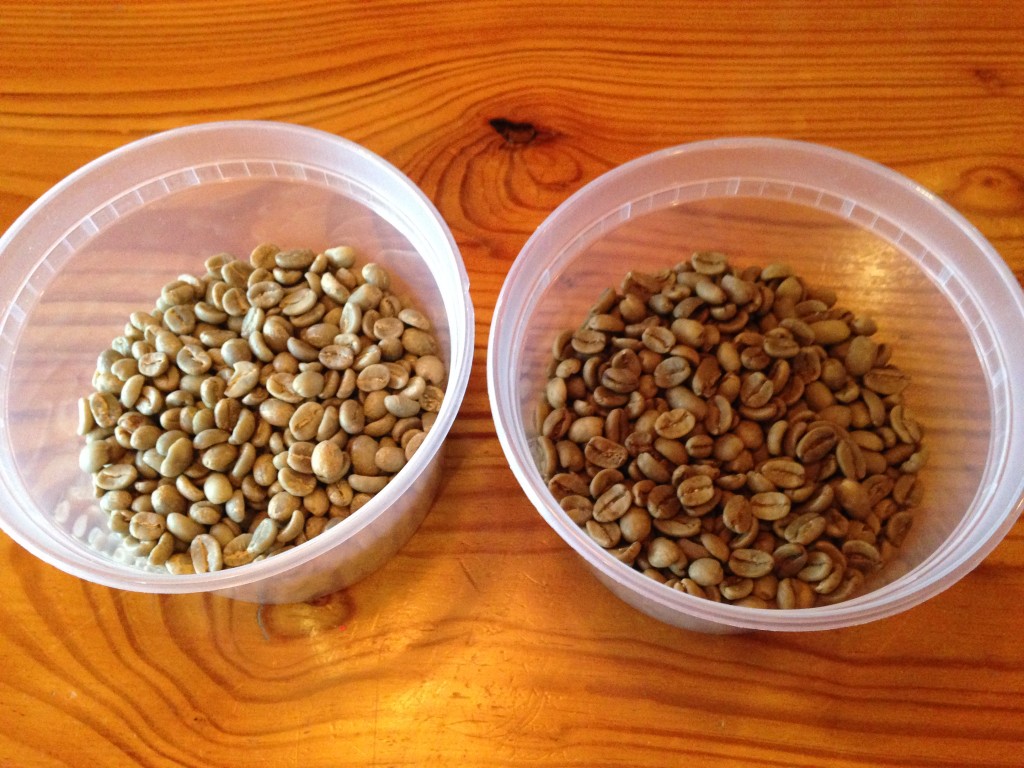 Regular green coffee to the left and decaf on the right

The visual varies depending on how the coffee was decaffeinated. There are a few popular methods out there including using direct solvents to remove the caffeine, such as methylene chloride or carbon dioxide. In these cases the raw coffee usually looks a bit darker, mottled and brown, as though it may have already been roasted a little (but it hasn’t). The other major option for decaf is the “water process” (sometimes “Swiss” or “Mountain”), leaving chemicals out of the situation. These coffees are usually a strange blue-ish green at first glance. For more information on these different methods of processing decaf, check out this article from Scientific American.

Once the coffee is roasted and brewed, I’d say the biggest thing you might be able to detect is in the aroma. I, along with several of my colleagues, agree that one thing we  notice with certain decafs is a cured meaty aroma. Yes. Meat. Sure, sometimes this is a bit strange, but other times a little savory note strangely works for a coffee. This is more typical with the chemically processed decafs. The water processed decafs tend to have amore straightfoward coffee aroma and flavor, but like anything that has been soaked in water, is a bit muted lacking vibrancy.

Is it true that decaf decreases libido?

Well Kasey, that certainly is an interesting question. After doing some sleuthing in attempts to find an answer for you on this hot little topic the short answer is- It doesn’t seem so.

So far as I can tell, many claim to have figured out the relationship between caffeine and libido, but after reading multiple findings I can honestly say that no two studies completely agree. Some state that caffeine increases anxiety- thus decreasing libido- while others claim that it actually destabilizes your blood sugar which lowers desires. Peppered among anti-caffeine advocates were opposers, giving coffee credit for recognizeable increases in libido.

While it is unfortunate that I am unable to give you the definitive answer that you seek, I would venture to say that decaf, having never been mentioned in these studies, should have no effect whatsoever and might be the safest choice if this is a high concern for you. You are also welcome to conduct your own studies, and while I am happy to share the findings with our readers, you can spare us on the details. Happy experimenting!

If you or a “friend” has any coffee related questions for us and would like a chance to be featured in our next Q&A Session, feel free to post them on our Facebook page or email us at info@roastratings.com There is no such thing as a silly question!