Keurig- Are You Getting What You Pay For? 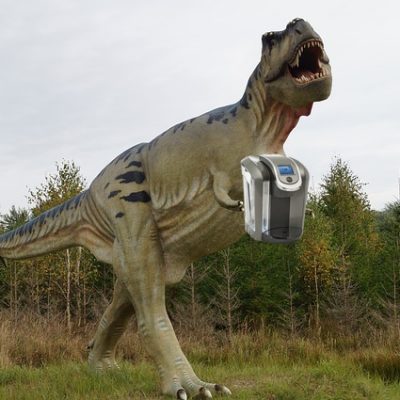 It’s pretty much impossible to be a coffee drinker in this day and age and not know what a Keurig is, but just in case someone doesn’t know what I’m talking about, here’s a picture: 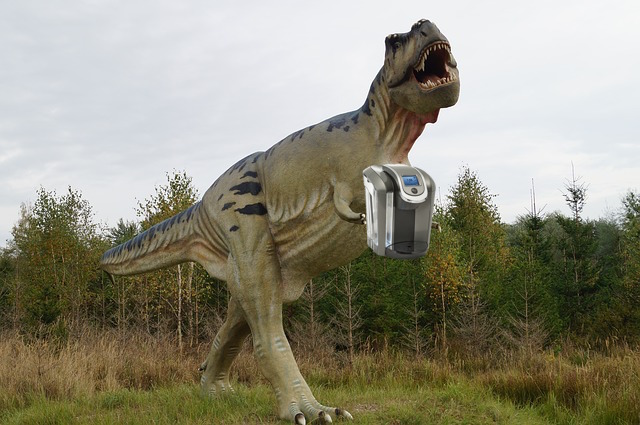 With one cup brewing options and interactions of less than 30 seconds, it’s no wonder that people are seriously interested in this brewer. You add some water, insert your K-Cup of choice and push a button. Voila! Less than a minute later you have a hot mug of coffee ready to go! With it’s growth in popularity they’ve expanded the selection of pods beyond just coffee, but also have teas, hot chocolate and even cider. All of this is commonly available at grocery stores everywhere, making K-cups a convenience at pretty much every level. Well, except perhaps for one- actual cost.

Most coffees in the world are sold by volume of mass, ie weight. Those who roast it are buying their raw product by the pound or kilo, depending on the part of the world. If you buy your coffee at the grocery store, you’re pretty well accustomed to paying anywhere from $6.00-$12.00 for bagged coffee which is typically 10-12oz of coffee. These days Specialty coffees at cafes are typically around $15-$20 a 12oz bag. Pricing for K-Cups is a departure from this mentality. With their single serve usage you find them in 12, 16, 18 count and beyond breaking down per pod rather than by actual coffee weight.

I sleuthed around (aka- searched the internet) to get a better sense of the pricing for the pods. Here are a few examples of the deals available for K-Cups and, based on product labeling, the mathematical value you’re encouraged to arrive at:

Well, let’s think about a couple points of data not mentioned by the K-cup boxes and do that math again. Remember that other than single serve pods like K-Cups, coffee is always bought and sold in terms of weight. Out of curiosity, I weighed just how much coffee is typically in one of these single serve pods and found that there was an average of 10 grams in each one. There are 454 grams in one pound so, in imperial terms, that comes out to a little less than a third of an ounce.

Suddenly it begins to become more apparent just how funny this math really is.  Armed with this new perspective, let’s look over those deals one more time-

Whoa. Hold the phone. When did a pound of Folger’s anything outprice most boutique and specialty coffee shop prices? Based on the cost per weight, that $15-$20 coffee is suddenly looking like a heck of a deal.

Now, before you go all “Office Space” on that Keurig of yours, you totally have some options. Granted, if you want to get your money’s worth per gram out of your coffee you’ll be making a trade off- you’ll be sacrificing a little bit of the convenience. But the good news is that you can now buy almost any coffee in a bag and get something higher in quality than what you’ve been drinking for less than you were technically spending on your K-Cups. That’s pretty great, right?

If you’re ready to make the change, the first thing you’ll need to free yourself from K-Cup land is a filter attachment for you Keurig. There are multiple options out there, but here are a few to kick off your research- 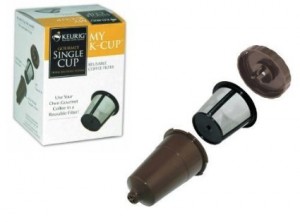 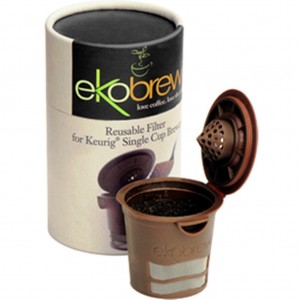 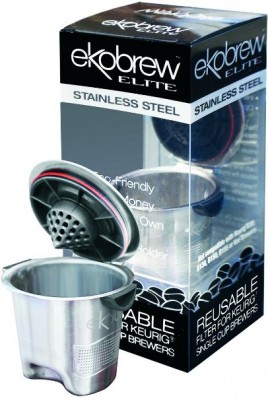 I have had the oppotrunity to try out each of these options and they’re all about equal when it comes to end result in the cup. As far as a preference, I’m a fan of the Ekobrew Elite. It has the least amount of plastic involved in the design, making it safer for long term use. It’s easy to clean and very durable. And a bonus- no matter which you choose you will be creating far less environmental waste, bringing your coffee related land fill contributions down to coffee grounds only. No matter how you look at it, it’s a win-win-win 😀

And which coffee to begin with? Compared to what you’ve actually been spending on the coffee in those K-Cups the whole coffee world is pretty much your oyster. Now go play!