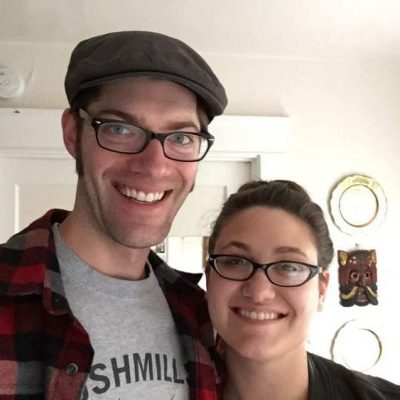 My appreciation of coffee for most of my life was purely caffeine based, a beverage of necessity.  There was a certain logic to loading as much coffee as would fit in the filter to get that nice, dark, gritty, muddy cup of joe.  But when I met my girlfriend, I quickly realized a deep shame for my glaringly staunch ignorance.  I’m happy to say that, today, I know more about coffee than I ever knew there was to know; however, simultaneously lamenting that I will probably never come close to my coffee professional girlfriend’s level of knowledge.

It can be a challenging situation, dating someone with such a high level of experience.  It took me a while to even attempt making coffee for her.  And even to this day, I feel as though every cup of coffee I make is judged on a Cup of Excellence score sheet.  I sometimes yearn for the days of the simple auto-drip machine with an ambiguous number of scoops from some pre-ground coffee in a bulk tin container.  Now, my coffee making revolves around a scale, a grinder, a Chemex, and a lot of counting seconds in my head.

When I visit my folks, it’s hard to explain to my mom why her coffee making set-up is insufficient, harder yet to explain why I should care so much about the “right” way to do something she’s been doing “perfectly fine” longer than I’ve been alive.  My childhood friends consider me to be an idiot coffee snob when I try to inadequately explain things like extraction and the science behind why a cup of coffee tastes one way or another, and why a certain way is preferable and how another is incorrect.

But I’m not bitter about this forced personal evolution.  In fact, I take great pride in the execution of a well crafted cup of coffee and experience an intoxicating rush when I get the coffee professional’s stamp of approval.  There is a previously unknown joy associated with trying new coffee shops, tasting flights, and discussing the coffee with my girlfriend, even if I don’t always have the vocabulary to describe what I taste.  And coffee people are fun!  I have met many other coffee professionals through my girlfriend, and can say without hesitation that those experiences have been some of the best in my life.

I was privileged to attend this year’s SCAA Convention in Seattle, but also quite overwhelmed.  Lost amidst countless aisles of shiny new coffee equipment, growers, roasters, cuppings and more, I could feel the enthusiasm emanating from everyone present. I caught bits and pieces of excited conversation as we walked around, though they might as well have been in a foreign language; and, in some cases, they were!  It’s one thing to have an after-work conversation with my girlfriend about her day, ignorantly nodding along to her stories of how much fun she had using a refractometer and cupping with the roaster, and how dirty a group head was when she went to a café for a QA.  But seeing her interact with her people, coffee people, was probably the most beautifully confusing thing I’ve ever experienced. 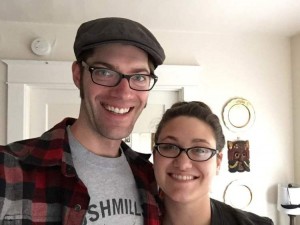